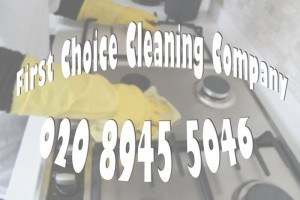 Are you looking for a cleaning company in Central London?

The heart of the capital, Central London covers a very diverse area where some of the most expensive properties can be found often nestling cheek by jowl with some of the most deprived areas of the city. Covering the areas of Camden and Islington to the north, Hammersmith and Fulham and Westminster and Kensington and Chelsea to the west and Southwark and Wandsworth to the south the area was found to have a population in excess of three million in the 2011 census.

The area is also the powerhouse of the economy in London and nationally. There are an estimated 200,000 businesses based in the central London area employing around 2,000,000 people many of who commute into the area from the outlying Greater London areas.56 percent of all private sector jobs in London are located in this area with more than 1% of public sector employees as well, many of whom work for the government in the Westminster area of Whitehall.

The City of Westminster sits at the heart of central London and is a magnet for many of the millions of tourists who visit the UK and London every year. Visitors flock to see the many famous tourist attractions such as the Houses of Parliament with its world famous clock tower, Big Ben that was officially renamed the Queen Elizabeth tower to celebrate the Queens diamond jubilee. Theatre land is also a huge tourist draw with some of the world’s best known shows playing at the large number of theatres in the West End.

Residential properties across the area cover the entire range of properties from local authority properties in large estates in all of the boroughs to multi-million pound mansions and villas in some of the most expensive property locations in the world.

Cleaning services for all homes and offices in Central London Areas:

Apart of Central London, we operate in the following areas as well:

For further information about First Choice Cleaning Company and our professional cleaners please do not hesitate to contact us at at: 020 3819 5735.