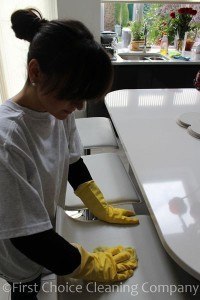 Are you on the hunt for local cleaners in South East London?

South East London is the massive swathe of the city, south of the River Thames that starts in Lambeth with the SE1 post code, extends to the east with SE28 which covers the Greenwich and Bexley areas and to the south with SE25 covering the South Norwood, Selhurst and Thornton Heath areas. These areas loosely match the parts of the city corresponding to the London Boroughs of Bromley, Bexley, Lambeth Croydon, Lewisham and Southwark and the Royal Borough of Greenwich.

As commuting has become a way of life for more and more people (who also need reliable cleaning services), an increasing number of outlying suburbs have been swallowed up and are now regarded as part of London. Loosely describes South East London is now often regarded as including parts of Croydon, Bromley and Dartford.

Frequently regarded as urban sprawl (mostly by North Londoners who tend to look down their noses at London south of the river) for many, South East London is at the heart of the city. With Europe’s tallest building, Renzo Piano’s Shard, within its areas and such national treasures as the Royal Greenwich Observatory, the area offers a tremendous variety of things to do and places to see. Cutting edge theatre at the Menier Chocolate Factory, foodie paradise at Borough Road Market and the Imperial War Museum for this time of reflection around the centenary of the start of World War I, are just three of the major attractions to be found in South East London.

The area is also home to the famous Battersea Dogs Home who are responsible for re-homing many of the thousands of stray and unwanted dogs that are found across the entire city.

We have a great selection of domestic and commercial cleaning services. From end of tenancy cleaning, carpet cleaning, window cleaning and many more. You can trust our cleaning company to deliver outstanding results each time.

Apart of South East London, we provide our services to the following areas, too:

Contact our team for more information about our cleaners South East London, our cleaning company and services on 020 3819 5735.