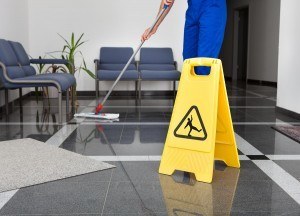 Are you looking for a reliable and affordable cleaning services provider in South West London?

Once again, south of the River Thames, South West London refers to a large sprawling part of the city that includes some of the greenest and most desirable areas. As with all of London’s postcodes, they are not all that they might seem at first glimpse.  The SW postcode is used to cover some of London’s riches areas, north of the River Thames. So, SW1 covers the Area of central London from Whitehall through to Knightsbridge whilst SW3 covers another well-heeled area, Chelsea, home of the Blues footie team. SW5 in the home of Earls Court, a favoured watering hole for many Australian visitors and SW6, just down the road is Fulham, leafy green white fronted houses that are just so expensive to own (but not keep clean). Between the two lies the oddly numbers SW10, West Brompton area.

So enough of what isn’t South West London, cross over the river, use the Hammersmith Bridge and you are in the heart of South West London. A vaguely square area of the city from SW14 (Mortlake and East Sheen) to SW8 which covers Lambeth, Vauxhall and Battersea. Moving south the area extends to SW16 as far south as Pollards Hill and then back west to SW20 where Raynes Park and Wimbledon Chase can be found.

South of the river there is plenty to do for visitors and seasoned Londoners alike. Famed for its wide green open spaces the area is packed with outdoors activities. Richmond Park, famed for its herd of wild deer is easily mistaken for a place in the wilds of Scotland yet is within a few minutes of the centre of one oaf he biggest cities in the world. If you like your green spaces more manicured then head for Kew Gardens, home to the largest collection of seeds and plants anywhere in the world.

You can choose from the variety of commercial and domestic cleaning services we provide. Our cleaners specialise in end of tenancy cleaning, carpet cleaning, window cleaning and many more. They are fully insured and CRB checked for your peace of mind. What’s more is our cleaning prices are affordable and easy on the pocket.

We also operate in the following areas as well:

For more information about First Choice Cleaning Company and our professional cleaners please do not hesitate to pick up the call and dial 020 3819 5735.